Out-Innovate: How Global Entrepreneurs from Delhi to Detroit Are Rewriting the Rules of Silicon Valley 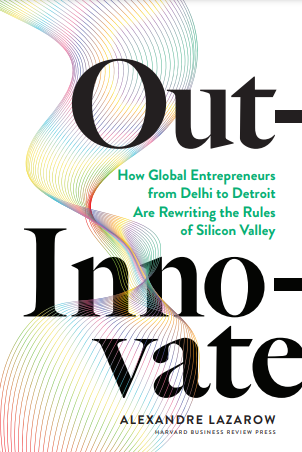 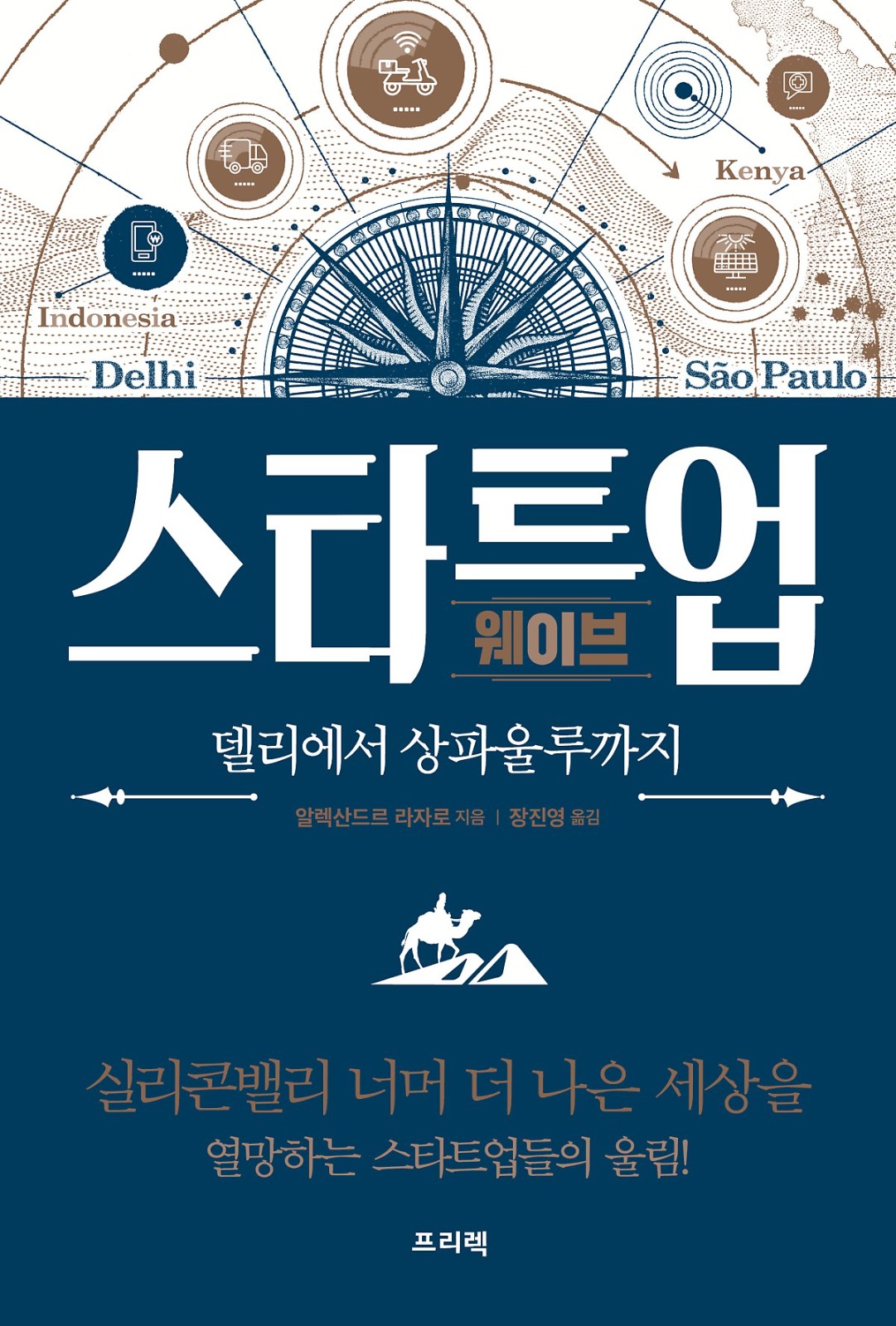 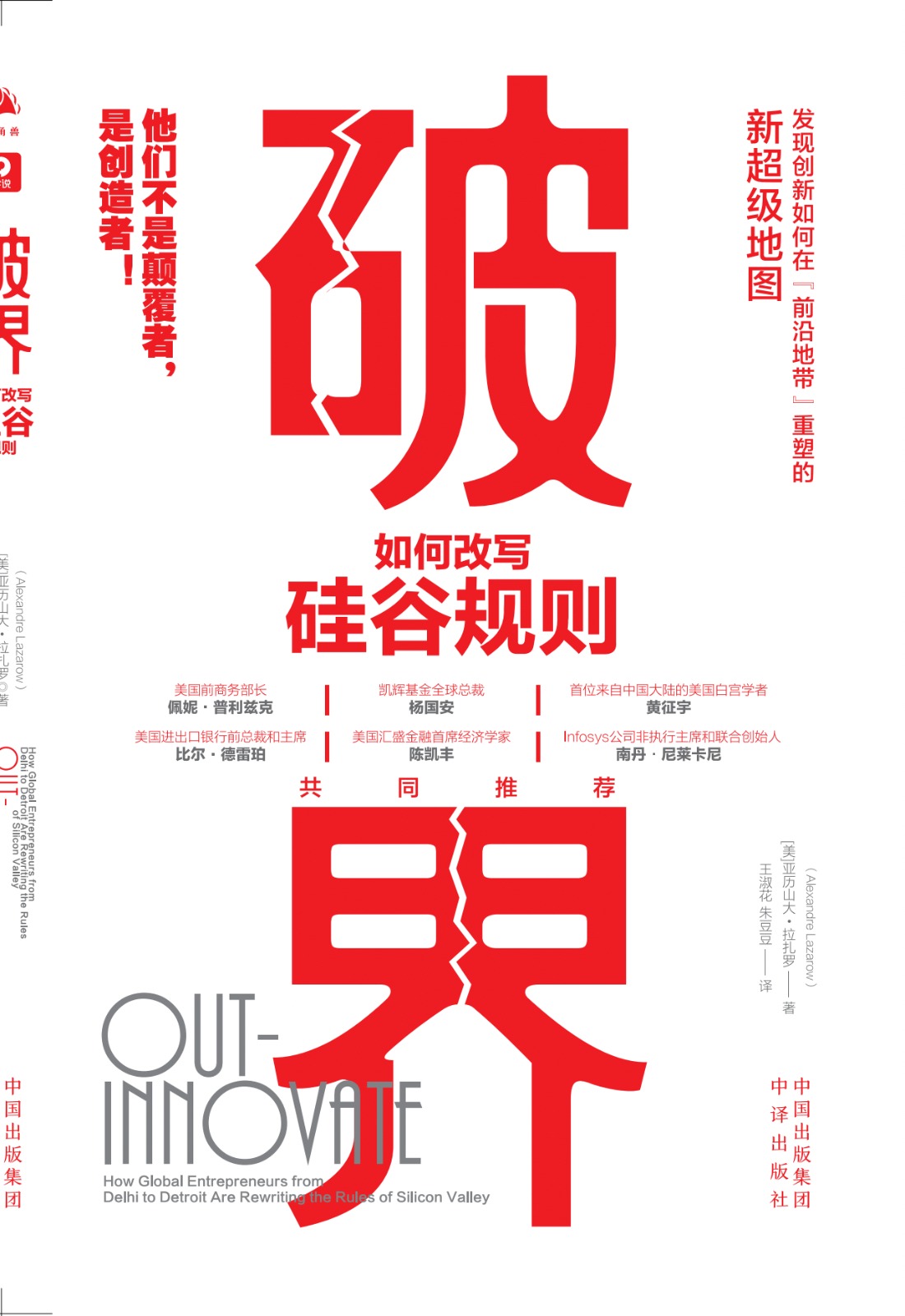 Startups have changed the world. In the United States, many startups, such as Tesla, Apple, and Amazon, have become household names. The economic value of startups has doubled since 1992 and is projected to double again in the next fifteen years.

For decades, the hot center of this phenomenon has been Silicon Valley. This is changing fast. Thanks to technology, startups can now take root anywhere–and they are, from Delhi to Detroit to Nairobi to Sao Paulo. Yet despite this globalization of startup activity, our knowledge of how to build successful startups is still drawn primarily from Silicon Valley–over the years, countless books, blogs, and speeches have codified this model, prescribing what a startup should look like and how it should be run.

As venture capitalist Alexandre Lazarow shows in this insightful and instructive book, this Silicon Valley “gospel” is due for a refresh–and it comes from what he calls the “frontier,” the growing constellation of startup ecosystems, outside of the Valley and other major economic centers, that now stretches across the globe. The frontier is a truly different world where startups often must cope with political or economic instability and lack of infrastructure, and where there might be little or no access to angel investors, venture capitalists, or experienced employee pools.

Under such conditions, entrepreneurs must be creators who build industries rather than disruptors who change them because there are few existing businesses to disrupt. The companies they create must be global from birth because local markets are too small. They focus on resiliency and sustainability rather than unicorn-style growth at any cost.

With rich and wide-ranging stories of frontier innovators from around the world, Out-Innovate is the new playbook for innovation–wherever it has the potential to happen.

What people are saying

“Alex Lazarow has provided us with an up-to-date map of the fast-moving world of innovation: how it works now and where it is headed. Out-Innovate is a must-read for all current and prospective entrepreneurs, venture capitalists, and every business leader with a plan to grow.”

“Alex Lazarow’s incisive and much-needed book tells a story that has long been ignored: Innovation is thriving globally, from Bangalore to Beijing, yet often looks different than in Silicon Valley. The global lessons in Out-Innovate are paramount for entrepreneurs everywhere.”

“With vivid storytelling, Lazarow describes and defines how innovation occurs on the ‘frontier’—nascent urban and rural startup communities in developed countries as well as in emerging markets. A must-read for entrepreneurs and startup-community developers all over the world.”

“As President Obama’s point person on entrepreneurship, I’ve seen firsthand diverse models, grounded in unique local strengths, for building innovation ecosystems and supporting entrepreneurial success. In Out-Innovate, Alex Lazarow provides an outstanding perspective on how startups and entrepreneurs can succeed no matter where they originate—in a mega city like Chicago or a more rural environment like Cedar Rapids.”

“Some of the most exciting venture-investment possibilities over the next decades are sure to come from emerging economies. In Out-Innovate, Alex Lazarow illustrates this immense opportunity in great detail and explains the critical strategies necessary to capture it.”

“Out-Innovate proves that frontier entrepreneurs face entirely different challenges than their Silicon Valley peers and that the canon of the Valley should no longer be taken as gospel. This book is a must-read for any entrepreneur building a business and any VC who doesn’t want to be left behind.”

“Startups are one of the most important forces for change. But far too many regions have fixated on the Silicon Valley model as the only way to build a startup ecosystem. Out-Innovate takes you on a tour of innovative entrepreneurs and companies around the globe, to provide a guidebook on how to successfully start and scale world-changing businesses wherever you might be.”

“Out-Innovate is replete with inspiring and instructive stories of innovation from around the world. Whether in middle America or middle Africa, it’s a go-to book for anyone with an idea for starting and scaling a business.”

“In Out-Innovate, Alex Lazarow has perfectly captured Silicon Valley’s ‘Detroit Moment’—the realization that Asia and other emerging markets aren’t simply generating local clones of American startups, but raising the bar for innovation and product quality on a global basis. Brilliant.”

“Silicon Valley is a source of inspiration for many tech entrepreneurs around the world, but innovation coming from emerging countries, Africa, and other locales beyond the Valley is now raising the game. In his captivating book, Alex Lazarow vividly describes this changing context and the strategies required to succeed within it.”

“The wide world of innovation does not always look and act like Silicon Valley. In fact, among rising markets in particular, there is a shared experience entrepreneurs and investors navigate—regardless of history, culture, language, or geography—where the Silicon Valley model is only part of the story. This important book articulates rich new models for local and global entrepreneurs looking to engage on those markets’ terms. This book could not be more timely.“

“We need to move beyond the Silicon Valley ‘playbook’ for startup innovation. In this trenchant work, Alex Lazarow shows that there are new principles and practices that apply in quickly changing conditions of scarcity and adversity. In other words, wherever you are.”

“Lazarow’s book will not only inspire you with its global stories of innovation, it will give you real models to follow. Wherever you are, if you have an entrepreneurial idea, you need to read Out-Innovate.”

“If disruption is about moving fast and breaking things, Lazarow zooms us out of the Valley, beyond borders and buzzwords. Out-Innovate is the new global playbook for how to observe different and create different.”

—Scott Hartley, author, The Fuzzy and the Techie

“Alex Lazarow draws on his vast global experience to shed light on the models and practices of startups all over the world. In doing so, he articulates one of the great promises of today’s high-tech world: that access to innovation is no longer the exclusive right of a select few locations. Anyone, anywhere, who is interested in innovation will benefit from reading this book.”

“Lesson for start-ups: Stop trying to be unicorn, be a camel instead Silicon Valley model needs a re-fresh, says Alex Lazarow”

[Among the] “Top Books To Inform Your Technology And Innovation Strategy”

You can Order Now - Available at the following retailers