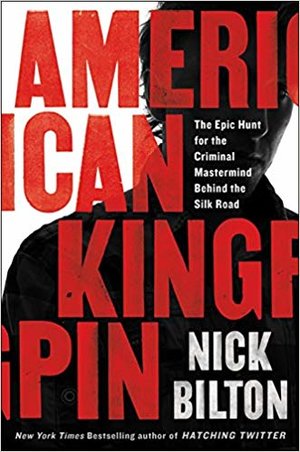 American Kingpin: The Epic Hunt for the Criminal Mastermind Behind the Silk Road

I read American Kingpin: The Epic Hunt for the Criminal Mastermind Behind the Silk Road. It tells the tale of the rise and fall of the Dread Pirate Roberts. “When Ross Ulbricht created the Silk Road, a clandestine online drug bazaar hidden on the deep web, he was a 26-year-old libertarian idealist living in Austin, Tex., talking his girlfriend’s ear off about Austrian economics and seasteading experiments — the idea of creating communities in the middle of the sea, free from government regulations. For all his lofty ambitions, he felt like a failure. He had flunked his Ph.D. exam and was unable to find a buyer for his seasteading gaming simulation. But with the Silk Road he was able to marry his business ambitions and anti-authoritarian philosophy; he envisioned it as a powerful way to defy what he perceived to be the state’s irrational drug policies.”

Certainly not the startup founder we should revere, yet it’s an interesting story of a startup’s incredible rise, operating in highly resource constrained environment – they never had a office, venture capital or ability to operate with normal currency. Hope you enjoy!

Get it here. Review here.