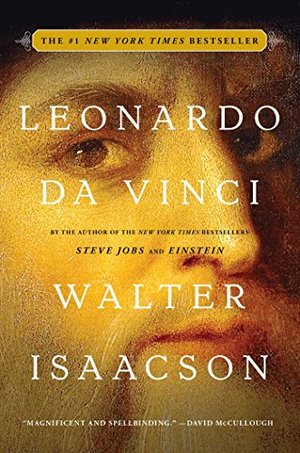 Leonardo Da Vinci is considered perhaps one of the greatest geniuses of all time. I have enjoyed reading his biography by Walter Isaacson. The book not only tells the tale of his work, but explores his human side – the qualities and strengths that enable his creations. “Leonardo was an implacable perfectionist. He worked on the Mona Lisa for 16 years, and it was in his bedroom when he died. Like many artists, Leonardo’s weaknesses were inseparable from his strengths. If he hadn’t been an easily distracted perfectionist, he would have left behind a larger official oeuvre but a less impressive one. Instead, he abandoned what he could not work out, which allowed him to ‘go down in history as an obsessed genius rather than merely a reliable master painter’…And he was strikingly devoid of ego, “more interested in pursuing knowledge than in publishing it,” Isaacson writes. “He wanted to accumulate knowledge for its own sake, and for his own personal joy, rather than out of a desire to make a public name for himself as a scholar or to be part of the progress of history.”

Get it here. Review here.